I participated in GSoC 2020, my project is “ABR meets FFmpeg” which aim to add an ABR module to FFmpeg. Here I will talk about my project in detail.

what are we talking about when we talk ABR in FFmpeg?

Adaptive bitrate streaming is a technique used in streaming multimedia over computer networks.

It works by detecting a user’s bandwidth and CPU capacity in real time and adjusting the quality of the media stream accordingly.

The player client switches between streaming the different encodings depending on available resources.

Why we need abr in FFmpeg?

Adaptive bitrate(ABR), aiming to pick next chunks’ bitrate to overcome the fluctuation of network conditions, is a non-trivial method to ensure good quality-of-experience (QoE) for Internet video (such as DASH and HLS). Exploring the aforementioned FFmpeg projects, however, lacks the essential ABR module. To that end, support ABR methods in FFmpeg.

What is different when add ABR to FFmpeg?

Adding ABR to FFmpeg have to adapt all things to FFmpeg, which is not a “real” player. Things are really limited in FFmpeg, abr in FFmpeg can not working like dash.js (dash reference player).

In dash.js, mechanism and information are already there. ABRControler should only deal with abr algorithms, others will be done with StreamController. Therefore, many researcher implement there own ABR algorithms and test them on dash.js.

limitations in FFmpeg to implement ABR

There are several limitations in FFmpeg when implementing ABR:

hls use avio to manage segment data. In hls_read_data, after parse_playlist, hls will init avio for all playlists using:

Function read_data is bind to avio’s read_packet, read_data basically do:

In short, there is no buffer in segment level, hls will not buffer more segment of one playlist. hls only download a segment when the avio of the last segment is used up.

ffplay’s SDL event_loop will receive keyboard event ‘a’, ‘v’, ‘c’ to cycle stream channel. What is done in stream_cycle_channel(VideoState *is, int codec_type) is to get the stream_index of the given codec_type, then close the old stream and open the new one:

hls do the switch

Then, in hls.c, at the begining of hls_read_packet, function recheck_discard_flags will be called to check stream->discard flag, to see whether the playlist is needed. If there is a change, then the playlist switch happens.

There will be further influence after the discard flag is changed.

In recheck_discard_flags(), there is a for loop of all playlists, if one playlist changes to needed, then some parameters will be set to make sure this playlist can catch up to cur_timestamp.

In read_data(), it will return AVERROR_EOF if the playlist is not needed.

In hls_read_packet(), it will not call av_read_frame for playlists which are not needed.

It does not feel very good when you cycle streams in ffplay. The new stream will playback from the next segment to catch up, which is kind of annoying.

It seems that http_multiple just download the next segment every time. It looks similar to a “buffer” but not. I do not really see the benefit of http_multiple.

http_persistent is really a good feature. It can reuse a http connection to download segments, which saves the resource and time to create a http request every time. When the http_persistent option is enabled, hls will call open_url_keeplive() instead of open_url().

Sadly, the proposed abr protocol may not support it. Just like crypto protocol, as a wrapper to call http protocol, it creates a http request for each segment. (Maybe we could see whether we can pass it further on.)

ABR need information to make decision, in different ABR algorithms, it could be throughput , buffer state, etc. But as shown by read_data function in last section, there is no real “buffer” in current hls.c implement. hls.c will not download next segment until current segment has no data to read. As a result, we can never use a buffer based ABR algorithm unless we add a buffer to hls, which may be too complete and no reason to do.

So, in the first version of ffabr protocol, a throughput based algorithm is added. And it should be easy to add new algorithms to ffabr.

When I want to design the abr protocol, firstly, I need to figure out the following mechanisms:

By studying crypto protocol and cache protocol, and reading the api of URLProtocol, I designed abr protocol:

abr protocol should be placed between demuxer hls/dash and http/https (simillar to crypto). It should get information from hls.c, call http/https as its sub protocol to download segments, collect the elapsed time, and return

abr protocol will use AVOption metadata to communicate with hls.c.

In function abr_open, firstly, the url is checked to make sure it has a prefix of “ffabr”. After the input parameter dictionary abr_params is parsed, ffurl_open_whitelistis called to open sub protocols to download the segment, and the download time will be recorded(to calculate the throughput). Then, if the value of can_switch is true, an abr rule will be called (a simple throughput based algorithm for now, but we could add more) to see whether a variant switch is need in current network status.

The function abr_read() will call ffurl_read() to read from its sub protocol.

The function abr_close() will close sub protocol and do free works.

An simple throughput based algorithm is implemented, whose main idea is to estimate throughput, and choose the variant with highest bitrate we could afford.

There is some restrain of the throughput based algorithm. The bw_estimate is the harmonic mean of the most recent ABR_THROUGHPUT_FIFO_LEN samples. Since the segment is download by http/https protocol, and ffabr can only record the time of ffurl_open_whitelist, the download time could be larger than the real value.

To achieve best user experience, we cannot take ffplay’s stream cycle way to switch between variants. Instead, the implemented switch mechanism will be transparent to ffplay.

There are two main purpose of the switch mechanism:

Some features of HLS should be concerned:

Take all these to consideration, the switch mechanism is implemented as following:

To calculate switch_timestamp, the following information is needed:

we will need two skip mechanism inread_data() to prevent waste of downloaded segment.

The first one is at the beginning of read_data(), when hls get the switch_request from ffabr, the current playlist is needed, but we do not need the next segment of this playlist. read_data() should return AVERROR_EOF.

The second one happens when we enable http_multiple option. If the input_next has been requested, we need to pass the first one skip, allow it to swap input_next to input, but skip download next segment to input_next since the switch request has been made.

As we can see, in this test, it seems that ffplay’s av_find_best_stream choose the variant 2, but the variant 3 has better quality. After download the segment “out_23.ts”, ffabr return a switch request to variant 3. Then 2 switch tasks are add, video and audio stream will switch at different timestamp, since there segment are generated sperately.

We could set loglevel -v verbose to see more details.

The 3 has conflict to 1 and 2, will cause playback error in the beginning if we do not deal with it correctly.

I tried to setup AVDISCARDflags after hls_read_header(), which will prevent av_read_frame() to read other streams. But there are 2 problems:

Add an metadata abr_initial from hls to ffplay, tell ffplay to allow other streams after the timestamp of stream_start_time + abr_init_duration, but ffplay should discard the unwanted packets before that timestamp.

The exactly packet number added is depend on stream, but it should be less than the packet number in the segments which are downloaded during hls_read_header().

The solution 1 and solution 3 can both fix the problem. But I got feedback from FFmpeg community review, we don’t want to add such an api. Maybe solution 3 is more acceptable.

Further work could be done

For ABR in FFmpeg

At very first, I thought the project adding ABR module to FFmpeg would be like algorithm design more. I was totally wrong, implement ABR in FFmpeg is not like dash.js, where you can get everything, and just focus on abr algorithm itself. I have to go deep into FFmpeg to learn how things are working here. It took me plenty of time to learn avformat, avio, avoptions… and that is just the first step to implement ABR.

As I learned more about FFmpeg, I generally understand that ABR in FFmpeg can never be something like dash.js. The two project have different purpose. What I should do is not to copy dash.js to FFmpeg, but write ABR in FFmpeg’s way. It may be look simple, but it is what we want.

In my perspective, my implement is not that perfect (although I tried to). There are still many things can be improve. I am not sure my code could be merged, but at least I took several months to prove that whether it is a good idea to add ABR to FFmpeg.

GSoC was an impressive experience for me.

Firstly, I really learned a lot about free and open-source software(FOSS), both in philosophy and reality. I even read the book Free Software, Free Society: Selected Essays of Richard M. Stallman. I am shocked by the word written decades ago, and feel fortunate to have these pioneers, or maybe we would have a world full of proprietary software now, which is a disaster.

Secondly, I understood more about open-source project such as FFmpeg. I have read lots of discussion in FFmpeg-devel mailing list, for example, Nicolas George posted a thread on Project orientation in July, which have been discussed widely. Through these discussions I knew the pain in FFmpeg.

Thirdly, I have become a better programmer. I learned a lot of useful skills, use GDB for debugging, Git for version control, valgrind for memory leak checking. My mentors Steven Liu, Jun Zhao taught me what a good commit should be. FFmpeg contributers and reviews taught me how to write robust code. I prepare myself to contribute to FOSS.

SJTU should be one of the best universities in China, but few student here really understand FOSS. I feel responsible to introduce FOSS to my friends and classmates. I don’t see good FOSS environment in China, maybe we could make it better. 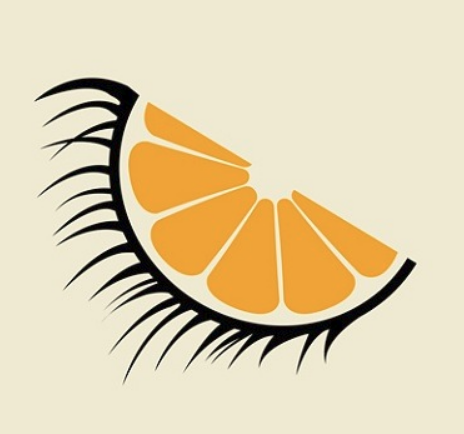